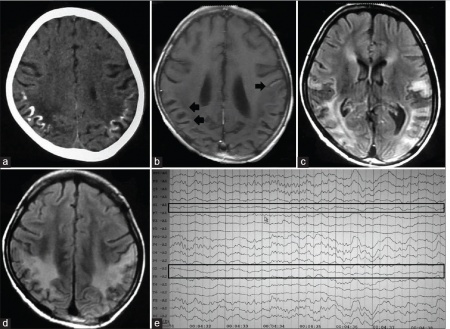 Sturge–Weber syndrome, sometimes referred to as encephalotrigeminal angiomatosis, is a rare congenital neurological and skin disorder. It is one of the phakomatoses and is often associated with port-wine stains of the face, glaucoma, seizures [1], mental retardation, and ipsilateral leptomeningeal angioma (cerebral malformations and tumors). Sturge Weber Syndrome can be classified into three different types. Type 1 includes facial and leptomeningeal angiomas as well as the possibility of glaucoma or choroidal lesions. Normally, only one side of the brain is affected. This type is the most common. Type 2 involvement includes a facial angioma (port wine stain) with a possibility of glaucoma developing. There is not any evidence of brain involvement. Symptoms can show at any time beyond the initial diagnosis of the facial angioma. The symptoms can include glaucoma, cerebral blood flow abnormalities and headaches. More research is needed on this type of Sturge Weber Syndrome. Type 3 has leptomeningeal angioma involvement exclusively. The facial angioma is absent and glaucoma rarely occurs. This type is only diagnosed via brain scan.[2]