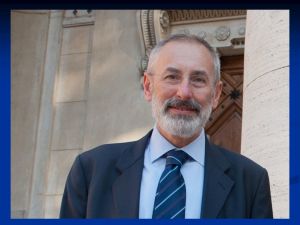 Is the chief rabi of Rome.

He is active in dialogue in particular with the Catholic Church. He met and established friendly relations with the popes from John Paul II. He welcomed Pope Benedict XVI in the Synagogue of Rome in January 2010. He visited the Great Mosque in Rome in March 2007. He intervened with critical positions in numerous general debates, from those on the modalities of Christian Jewish dialogue, to the secular nature of the institutions. He voiced criticism on the representation of the choral symphony organized at Auschwitz by the Neocatechumenal Way in 2013 [1]