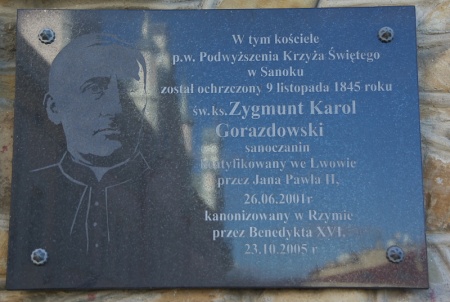 Zygmunt Gorazdowski (Sanok, Poland, November 1, 1845 - Lwów, January 1, 1920) was in 1871 ordained a priest for the Roman Catholic Archdiocese of Lwow (Latin rite), at that time mostly Polish and part of Austria-Hungary (now Lviv, in western Ukraine). As a parish priest, he worked intensively for young people, the sick and the poor.

Gorazdowski, author of a popular catechism, founded a newspaper, several charitable institutions and religious congregations, the Sisters of Mercy of St. Joseph. This congregation has offices in Poland, France, Germany, Italy, Brazil, Congo and Cameroon and is engaged in education and care for the elderly and the sick.