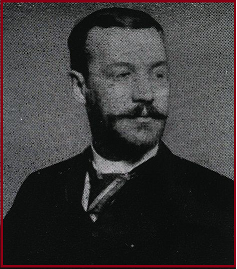 Victor Eisenmenger was an Austrian Physician. He was the personal physician of Emperor Franz Josef, the heir to the throne Franz Ferdinand and Emperor Karl as well as head of the court medical service. The Eisenmenger reaction[1], which he described for the first time, was given his name. Furthermore, the Eisenmenger syndrome and the Eisenmenger complex were named after him.[2]