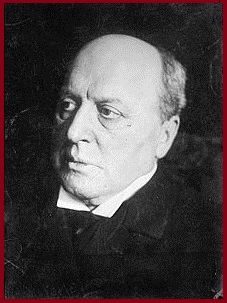 Henry James (New York, April 15, 1843 - London, February 28, 1916) was an American-born writer who in 1915 by naturalization became an English citizen. He was the younger brother of the pragmatist philosopher William James and is now regarded as one of the key figures of 19th-century literary realism.

He was a master and innovator of prose fiction. In works as Daisy Miller (1879), The Portrait of a Lady (1881), The Bostonians (1886), and The Ambassadors (1903) he contrasted the wisdom and innocence of the New World with the corruption and wisdom of the Old.