A system of measurement is a set of units which can be used to specify anything which can be measured and were historically important, regulated and defined because of trade and internal commerce. Scientifically, when later analyzed, some quantities are designated as fundamental units meaning all other needed units can be derived from them, whereas in the early and most historic eras, the units were given by fiat (See Statutory law) by the ruling entities and were not necessarily well inter-related or self-consistent.

Although we might suggest that the Egyptians had discovered the art of measurement, it is really only with the Greeks that the science of measurement begins to appear. The Greeks' knowledge of geometry, and their early experimentation with weights and measures, soon began to place their measurement system on a more scientific basis. By comparison, Roman science, which came later, was not as advanced...[1]

The French Revolution gave rise to a scientific system, and there has been steady significant pressure since to convert to a scientific basis from so called customary units of measure. In most systems, length (distance), weight, and time are fundamental quantities; or as has been now accepted as better in science and engineering, the substitution of mass for weight, as a better more basic parameter. Some systems have changed to recognize the improved relationship, notably the 1824 legal changes to the imperial system.

Template:TOCnestright Later science developments showed that either electric charge or electric current must be added to complete the minimum set of fundamental quantities by which all other metrological units may be defined. Other quantities, such as power, speed, etc. are derived from the fundamental set; for example, speed is distance divided by time. Historically a wide range of units were used for the same quantity; for example, in several cultural settings, length was measured in inches, feet, yards, fathoms, rods, chains, furlongs, miles, nautical miles, stadia, leagues, with conversion factors which are not simple powers of ten or even always simple fractions within a given customary system.

Nor were they necessarily the same units (or equal units) between different members of similar cultural backgrounds. It must be understood by the modern reader that historically, measurement systems were perfectly adequate within their own cultural milieu, and the understanding that a better more universal system (based on more rationale and fundamental units) only gradually spread with the maturation and appreciation of the rigor characteristic of Newtonian physics. Moreover, changing one's measurement system has real fiscal and cultural costs.

Once the analysis tools within that field were appreciated and came into widespread use in the nascent sciences, especially in the utilitarian subfields of applied science like civil and mechanical engineering, conversion to a common basis had no impetus. It was only after the appreciation of these needs and the appreciation of the difficulties of converting between numerous national customary systems became widespread could there be any serious justification for an international effort of standardization. Credit the French Revolutionary spirit for taking the first significant and radical step down that road.

In antiquity, systems of measurement were defined locally, the different units were defined independently according to the length of a king's thumb or the size of his foot, the length of stride, the length of arm or per custom like the weight of water in a keg of specific size, perhaps itself defined in hands and knuckles. The unifying characteristic is that there was some definition based on some standard, however egocentric or amusing it may now seem viewed with eyes used to modern precision. Eventually cubits and strides gave way under need and demand from merchants and evolved to customary units.

In the metric system and other recent systems, a single basic unit is used for each fundamental quantity. Often secondary units (multiples and submultiples) are used which convert to the basic units by multiplying by powers of ten, i.e., by simply moving the decimal point. Thus the basic metric unit of length is the metre or meter; a distance of 1.234 m is 1234.0 millimetres, or 0.001234 kilometres. 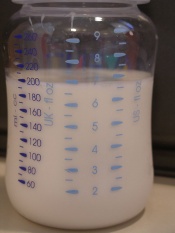 Metric systems of units have evolved since the adoption of the first well-defined system in France in 1791. During this evolution the use of these systems spread throughout the world, first to the non-English-speaking countries, and more recently to the English speaking countries.

Multiples and submultiples of metric units are related by powers of ten; the names for these are formed with prefixes. This relationship is compatible with the decimal system of numbers and it contributes greatly to the convenience of metric units.

Mesures usuelles (French for customary measurements) were a system of measurement introduced to act as compromise between the metric system and traditional measurements. It was used in France from 1812 to 1839.

The current international standard metric system is the International System of Units (Système international d'unités or SI) It is an mks system based on the metre, kilogram and second as well as the kelvin, ampere, candela, and mole.

Both the Imperial units and U.S. customary units derive from earlier English units. Imperial units were mostly used in the British Commonwealth and the former British Empire. They are still used in common household applications to some extent and so are also sometimes called common units, but have now been mostly replaced by the metric system in commercial, scientific, and industrial applications.

Contrarily, however, U.S. customary units are still the main system of measurement in the United States. While some steps towards metrication have been made (mainly in the late 1960s and early 1970s), the customary units have a strong hold due to the vast industrial infrastructure and commercial development. The effort is proceeding slowly due to the overwhelming financial cost of converting the existing infrastructure. U.S. companies which trade internationally are more likely to use the metric system due to international standards and certifications such as ISO9000. The metric system is preferred in certain fields such as science, medicine and technology. The building profession uses US customary units, though architects working internationally are increasingly adapting to the metric system.

These two systems are closely related. There are, however, a number of differences between them. Units of length and area (the inch, foot, yard, mile etc.) are identical except for surveying purposes. The Avoirdupois units of mass and weight differ for units larger than a pound (lb.). The Imperial system uses a stone of 14 lb., a long hundredweight of 112 lb. and a long ton of 2240 lb. The stone is not used in the U.S. and the hundredweights and tons are short being 100 lb. and 2000 lb. respectively.

Where these systems most notably differ is in their respective units of volume. A U.S. fluid ounce (fl. oz.) is slightly larger than its Imperial equivalent (the former being approximately 29.6 millilitres (ml) and the latter 28.4 ml). However, as there are 16 U.S. fl. oz. to a U.S. pint as opposed to the 20 Imperial fl. oz. per Imperial pint, these pints are quite different in volume. The same is true of quarts, gallons, etc. Six U.S. gallons are a little less than five Imperial gallons.

Mentioned above was the Avoirdupois system which has served as the general system of mass and weight. In addition to this there are the Troy and the Apothecaries' systems. Troy weight was customarily used for precious metals, black powder and gemstones. The troy ounce is the only unit of the system in current use; it is used for precious metals. Although the troy ounce is larger than its Avoirdupois equivalent, the pound is smaller. The obsolete troy pound was divided into twelve ounces opposed to the sixteen ounces per pound of the Avoirdupois system. The Apothecaries' system; traditionally used in pharmacology, now replaced by the metric system; shares same pound and ounce as the troy system but with different further subdivisions.

A unit of measurement that applies to money is called a unit of account. This is normally a currency issued by a country or a fraction thereof; for instance, the U.S. dollar and U.S. cent (1/100 of a dollar), or the euro and euro cent.

ISO 4217 is the international standard describing three letter codes (also known as the currency code) to define the names of currencies established by the International Organization for Standardization (IOS).

Prior to the widespread adoption of the metric system many different systems of official measurement had been in use, many of these remain today, at least in part, in traditional or customary use. Many of these were related to some extent or other. Often they were based on the dimensions of the human body. When the world turned to trade between city-states better systems were needed to enable that mercantile activity. Over time, the evolution continued as transportation continued to shrink the world, and so what was once an artifact of a pocket kingdom matured into something that was at least workable. Despite the growth and adoption of modern systems like SI around the world for business and governance, such customary systems are still commonly used in day to day life for everyday ordinary household tasks around the world, most notably, in cooking and cookbooks.

Throughout the history of measurement, many of the units that have been used in Europe and around the Mediterranean are variations on older systems originating in the ancient Near East.

Medieval European systems of measurement evolved during the Middle Ages (or European Dark Ages) due to the agriculture-intensive way of life. These systems may also be referred to as feudal measurement systems. The measurements were approximate and variable. The measures can be categorized by ever expanding commercial, political and religious spheres of influence.

In Western and Northern Europe traditional standards of measure were predominantly of Roman origin:

Other historical systems of measurement