Difference between revisions of "Margaret Murray" 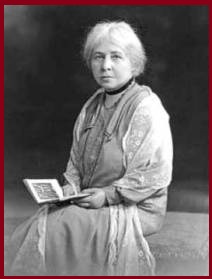 Margaret Murray (*13 July 1863 in Kolkata- 13 November 1963) was an English Egyptologist and anthropologist whose theory - also known as the Witch-cult hypothesis - about a surviving pre-Christian, pagan religion devoted to a Horned God heavily influenced later religious and magical movements like wicca. She was one of the chief proponents of the theory of a coven and became famous with her work The Witch Cult in Western Europe (1921). Although her theory about the pre-Christian Witch-cult is now generally considered obsolete, a few academics like Carlo Ginzburg still adhere to some of her principles, such as the idea that fertility cults may have existed in Premodern Europe.