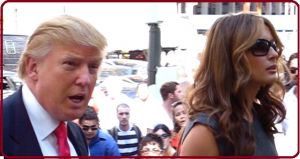 In late 2019, the House of Representatives, which is controlled by Democratic Party impeached President Trump.[4]

Trump has been criticized for his statements, especially on Twitter, which have often been seen as too casual for a President to make; for example, he has made what many individuals have seen as negative comments about particular individuals and many of his Twitter statements do not seem to have the dignity that a President's statements should have. Generally, in both rallies and on Twitter, exaggerated and sweeping statements have been his style since the beginning of his campaign, and often his statements are not serious. However, despite these criticisms, according to Rasmussen polls, Trump maintains a solid job approval base of 45-55%.[5] As of July 2019, other major pollsters show his job approval ratings in the 40s.[6]